YUM YUM! Our Food at the Hot August Blues Festival! 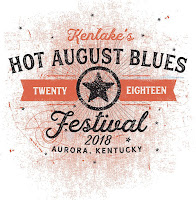 The Blues and good food go hand in hand and it's a tradition at the Kenlake Hot August Blues Festival.  This year. we're making an effort to present a wide variety of delicious food, based on what festival goers have told us they have enjoyed the most, and/or requested! 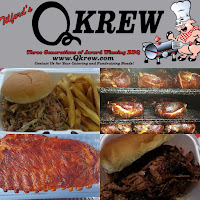 Tilford's Q Krew  was a big hit at last year's festival.  From the pulled pork sandwiches which would melt in your mouth, to the award winning ribs, and more.  We had so many requests for Tilford's Q Krew to come back to the festival, we had to invite them back.  They've long been favorites at Paducah, KY's BBQ on the River and over the year's have  rows and rows of trophies to show for it! 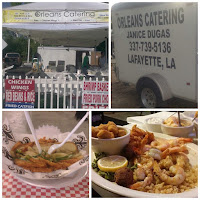 At last year's Kenlake Hot August Blues Festival, we got several requests to bring back a food vendor from past festivals, and after tracking them down, we're happy so say Orleans Catering of Lafayette, Louisiana is coming back, bringing their "real deal" cajun favorites,such as crawfish mac n cheese, fried pork chops, shrimp baskets, red beans and rice and chicken wings! 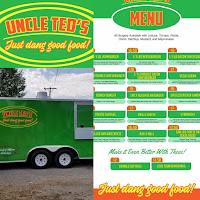 Following last year's festival, several of you told us you wanted "healthier" options for food so we're bringing in Uncle Ted's Just Dang Good Food, featuring veggie and vegan options, as well as grilled chicken, in addition to other fare, including burgers and other sandwiches!  They've got something for everyone and it's all delicious!

No matter how hot  the Blues and the weather get, you can cool off with the coldest ice cream ever made: Dippin' Dots! The favorite ice cream at Major League Baseball Ballparks and Theme Parks around the country will also be available once again at this year's Kenlake Hot August Blues Festival! 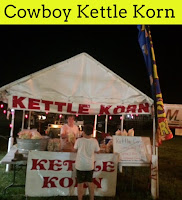 There will NOT be a beer garden at this year's festival.  Instead, patrons will be allowed to bring their own coolers with a one time, $15 fee per cooler brought into the amphitheater area.  The proceeds from the fee will be shared with the Marshall County Rescue Squad, which received no government funding and relies totally on donations and fundraisers for it's funding. The one time fee covers both Friday and Saturday at the amphitheater.
Posted by Lew Jetton at 6:25 PM No comments: 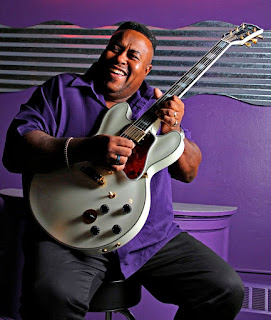 If contemporary blues has a long-term future in the 21st century, it's very likely that guitarist Larry McCray will continue to play a recurring role in its ongoing development. Beginning with this 1990 debut album, Ambition, and continuing into the new millennium, McCray has signaled both a strong commitment to the tradition and the vision to usher the genre in exciting new directions.

McCray's first influence on guitar was none other than his sister, Clara, who toured regionally around Arkansas with her own combo, the Rockets. Clara never got to record her Freddie King-styled blues for posterity -- but her little brother has at least partially made up for that omission. Larry followed Clara up to Saginaw, Michigan in 1972. She turned him on to the joys of the three Kings (B.B., Freddie, and Albert), Albert Collins, and Magic Sam, and Larry added superheated rock licks (à la Jimi Hendrix and the Allman Brothers) to his arsenal as he began playing the local circuit with his brothers Carl on bass and Steve on drums.

Working on General Motors' assembly line occupied a great deal of Larry McCray's time after he finished high school. But he eventually found enough free hours to put together Ambition for Point Blank in a Detroit friend's basement studio. The stunning debut set was a convincing hybrid of blues, rock, and soul, McCray combining the interrelated idioms in sizzling fashion. Suddenly, the stocky young guitarist was touring with labelmate Albert Collins.

His 1993 Point Blank encore, Delta Hurricane, was a slicker affair produced by veteran British blues maven Mike Vernon that McCray much preferred to his homemade debut. He followed Delta Hurricane with Meet Me at the Lake in 1996 and Born to Play the Blues in 1998. The bluesman has remained active in the 2000s with albums including 2001's Believe It and Blues Is My Business, 2006's Live on Interstate 75 (his first live outing, recorded in Detroit), and the eponymous Larry McCray in 2007. 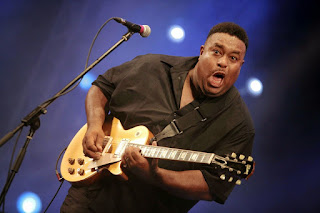 Larry McCray's been recognized with an Orville H. Gibson Male Blues Guitarist of the Year award as well as the Top Guitarist prize in International Blues Matters' 2014 writer's poll. But there's a part of McCray that has a rock 'n' roll beat too, and he's following that on his latest release, The Gibson Sessions.

It's a 12-song set featuring some of his personal favorites by Lynyrd Skynyrd, Bob Seger, ZZ Top, Gregg Allman, the Doobie Brothers, the Rolling Stones, Creendence Clearwater Revival and others, with help from six-string brethren such as Allman Brothers Band co-founder Dickey Betts, Derek Trucks (Allman Brothers Band, Tedeschi Trucks Band, Eric Clapton), Los Lobos' David Hidalgo and Jimmy Herring (Aquarium Rescue Unit, Allman Brothers Band, The Dead, Phil Lesh & Friends). "The blues is my favorite, for sure. I get more out of it, feeling-wise, but I've always been a rock 'n' roll fan and I've always tried to write music that was rock 'n' roll friendly," McCray explains, "I always try to move forward and remember where I came from, and this album is a way to do these songs I love and maybe get them heard by people who like that music already, but do it in my own way so I can have some of my personality and
self-identity within the music."

"I was a little nervous to do all these classic tunes, and especially classic hits, because you open the door up to 'Who the hell does this guy think he is?' " McCray notes with a laugh. "But I'll tell ya, any of the alterations I've done feel natural to me. They're things I've always heard in my head when I listened to these songs. I think when you hear them they fit. I thought Jimi Hendrix was white up until I was about 19, 20; I just figured he was a white rock 'n' roller, y'know? When I found out he was a black dude, it turned my whole world upside down."

Britain's Q magazine trumpeted McCray's "powerhouse energy" and "an elegance and technical prowess that will delight most exacting blues and rock aficionado," while Collins and Eric Clapton publicly stated their praise. The presence of The Gibson Sessions' top-shelf guests is yet another indication of the regard his playing peers have for McCray. "I've been on stage with all those guys over the years. We've had many encounters," he says. "You've never seen me have guests on a record. I've never called in favors, never asked for anything other than camaraderie. But this record seemed like the right time to do it. I'm at a point and a time in my life where I'm old enough and I've been out there and established long enough that it's not like I'm just cashing in." The Gibson Sessions certainly offers a different look at McCray's music and opens new artistic vistas. "For me, success is being accepted and recognized by your peers and having some people out there who want to hear the music, and I don't need a whole lot of everything to be happy. I feel comfortable with who I am” For Larry McCray, the Blues is his business, and business is good!

The Kenlake Hot August Blues Festival is set for Thursday through Saturday, August 23-25 at Kenlake State Park in Aurora, Kentucky. Discount tickets are available at KenlakeBlues.com.

Charities which will benefit from this year's Hot August Blues Festival include The Shriners, who will be operating festival shuttles with all tips and proceeds going to the Shriners' Childrens' Hospitals, and the Knights of Columbus.