Al Hill is a Nashville-based singer, piano player and guitarist. Just back from Memphis where he won First Place awards for Best Solo/Duo Act and Best Solo Guitarist at the Blues Foundation’s International Blues Challenge, he stylistically covers a wide swath of roots-rock, blues and soul music.


Since 2002 Al has been music director for three-time Grammy nominee and the Blues Foundation’s Best Soul Blues Female Artist of 2016, Bettye LaVette, performing throughout North and South America, Europe, Africa, Japan and Australia. Bettye and Al have appeared on the Late Show with David Letterman, The Tonight Show with Jay Leno, Late Night with Conan O’Brien, the Late, Late Show with Craig Ferguson, and Austin City Limits.


Al’s latest release is “Big Valley Girl”, a collaboration with his long-time pal and partner Brophy Dale. The disc dips into the R&B sounds they made while tearing up the Michigan scene in the ’80s, and is dedicated to a good friend they recently lost. 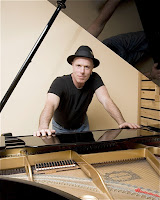 Al’s debut recording “Willie Mae” blended roots-rock and soul and was voted “Best CD” at the Motor Cities Blues Awards in 1999. Al and his band won the “Best Unsigned Band” competition, held at Buddy Guy’s Legends in Chicago in 2000, and Al was voted “Outstanding Blues Artist” at the Motor City Music Awards in 2005. In 2008 Al was inspired to move south, and now calls Nashville home.


When not touring on his own or with Ms. Lavette, Al performs with his wife Whit Hill in her alt-folk-country band The Postcards, does sessions and produces other artists.